There are few tourists now in these Covid times, however, there are always one by one who come to visit the old village which has now been pacified.  The origins can be traced back to the Viking Age when the place was a center of navigation between Iceland, Norway, the Faroe Islands, Ireland, Greenland and the British Isles.  In the Middle Ages, the Catholic Empire had facilities for sailing and fishing.  In the 18th century, it was the country's largest trading post under the Kingdom of Denmark.  Extensive fishing was done on large rowing vessels that were also built in the village and one such vessel is on display at the Eyrarbakki Maritime Museum.
Posted by ÓKA at 21:50 No comments:

This summer, archaeologists have been researching Eyrarbakki, where the great trading houses stood from the middle of the 18th century until 1950, when the store manager in the next village of Selfoss bought the houses and had them demolished to prevent competition forever. Excavations have taken place from the foundations of the oldest trading house, which was built in the middle of the 18th century by the Danish royal store. Earlier in the centuries, the Norwegians had built a storehouse under their store and it was called Rauðubúðir, but it is not known exactly where it stood. Summer shopping began in Eyrarbakki as early as the Viking Age. 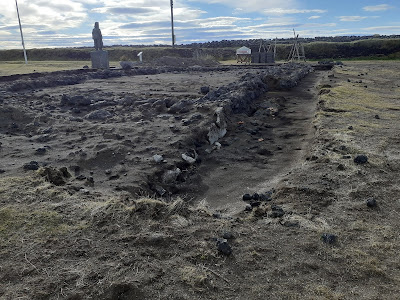 The new sports hall in Árborg is now being taken into use and it can be expected that some activities will start there next week.  The sports hall is a great breakthrough for all sports activities in the munic 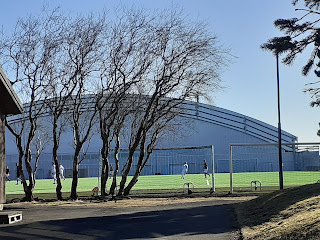 ipality, where it will be possible to practice various types all year round and it is certain that it will strengthen the sport of football in particular.

What may cast a shadow over these milestones is the infamous exclusionary culture that is dominating the sports world at the moment and not least the Icelandic national football team. 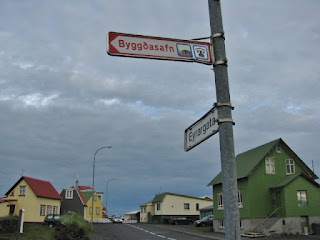 A new volcanic fissure has opened near Fagradalsfjall.  Many tourists are in danger and a rescue squad is evacuating the area. 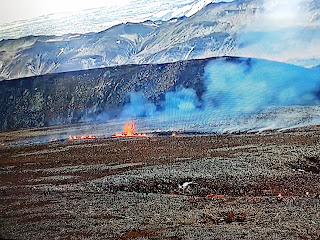 The robbery at the farm Kambi

The so-called Kambsmál was tried in the Supreme Court in 1844. An action was brought against Sigurður Gottvinsson, Jón Geirmundsson and the brothers, Jón Kolbeinsson and Haflida Kolbeinsson for housebreaking and robbery.  During the investigation of the case, 26 other men were also suspected and some of them report theft and other crimes.

The earlier robbery took place on the town of Kambi in Flói on February 9, 1827 and was considered a serious crime.  That night, the aforementioned robbers came to Kambi and most of them were dressed in furs, which was common for sailors and had veils over their heads and faces.  Their commander, Sigurdur Gottvinsson, was equipped with a long and pointed scissors if needed.  It was the worst of the storms when the comrades set out on their journey, and they came to the farm free at midnight and broke open the door.  People were fast asleep, Hjörtur Jónsson farmer and his two maids (Gudrún was called another) and a 6 year old child.  The robbers went to bed and grabbed the locals naked and brought them down to the floor and tied them both on hands and feet.  They huddled there on the floor under a blanket, sheets, a mill, a coffin, and other things they cleaned in the dark.  Next, they broke open chests and boxes in which money was stored and threatened to cut Hjört's neck if he did not give up all his money.  When they stole more than 1000 dollars in cash and other valuables, they disappeared and left the people tied up under the nozzle mentioned earlier.  Sigurdur, the commander of the robbers, wanted to burn down the house, but the others stopped him for that, and they left.

The investigation and parliamentary session lasted 98 days, but it was believed that this thieves' association had been robbing and looting departments all over the county.  This issue was considered the most magnificent that had arisen since the beginning of the 18th century.  Although the judges and the prosecutor took the most credit for resolving the case, Þuríður, a fishing woman in Eyrarbakki, deserved credit for coming up with a thieves' association, but she knew the knitting pattern on mittens that one of the robbers had buttoned up in the robbery and informed the authorities of her suspicions.

The Supreme Court ruled in the case on July 7, 1828, as follows: Sigurdur Gottvinsson shall be punished with 27 blows and enslaved for life in a prison under strict surveillance.  The brothers Jón and Haflidi and Jón Geirmunds were only allowed to hang on to poles and be slaves for life.  They also had to pay legal costs and damages.  They were sent to a prison in Denmark, which is to say that Haflidi was the only one who returned.

There was no prison in Iceland at that time and the prisoners were kept in various places until the case was adjudicated and they were transferred to Copenhagen for execution.  Sigurdur Gottvinsson was in Hjálmholt.  Jón Geirmundsson was at Stóra-Ármót.  Jón Kolbeinsson was in Bár.  Haflidi was in Langholt.

The eruption in Geldingdal in Reykjanes is still in full swing.  A lot of lava flows from the main crater.  Hundreds of people have been in the area today to watch the eruption.  The volcano is about 40 km east of Eyrarbakki and only a few kilometers from the international airport.

An eruption has begun in Reykjanes Iceland.  a lot of lava flows from four craters. 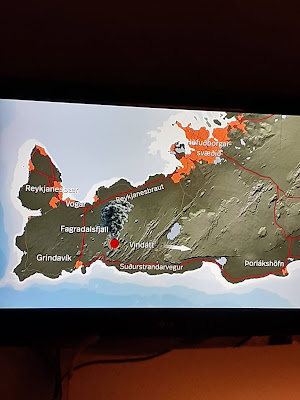 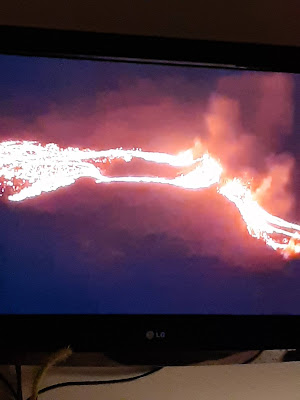